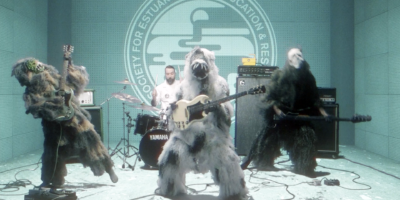 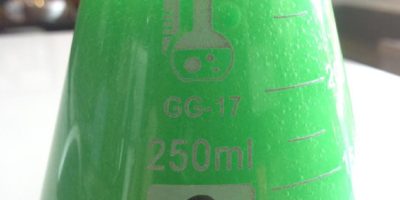 Following the discovery of the unknown “mutant scum” substance detailed in an earlier post, S.E.W.E.R. volunteers attempted to trace the material’s origin, while others continued testing and experiments on the substance’s affect on the area’s ecosystem. As the researchers explored areas of Newton Creek higher concentrations of the scum substance became apparent and followed a pattern almost like that of a trail of breadcrumbs.

As the levels of radioactivity began to increase with the volume of the substance, S.E.W.E.R. volunteers donned hazmat suits and ventured into the nearby sewage lines surrounding the creek, thinking this was the source of the unknown substance.

The origin of the material remains unknown, because the researchers made another fascinating discovery following the trail of ‘scum’. Deep under the surface of Newton Creek, an unclear number of humanoid creatures were reportedly seen by volunteers. Attempts were made to take photographs of the creatures but were unsuccessful due to poor light conditions. Provided here is a crude sketch representing their appearance.

Attempts to get closer to these beings was also unsuccessful. In their absence researchers took more samples of the unknown mutant substance which we are now testing. We did not know much at this point other than it showing higher levels of radiation than the surface samples.

The Society for Estuary Waste Education and Research, or S.E.W.E.R. for short, is an organization of scientists and volunteers focused on the study and clean up of New York’s estuaries and waterways, including Newtown Creek; one of the most polluted waterways in the country.