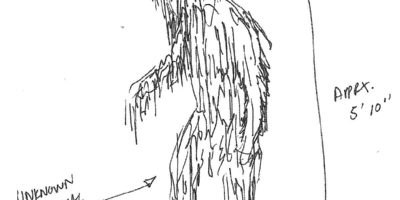 A little under a month ago S.E.W.E.R. released a press statement hinting at a very large discovery that would be unveiled to the public. We made this discovery public at an event in April, but due to our status as a volunteer run organization were unable to publish our findings online until now.

On a routine excursion to the area surrounding the estuary of Newton Creek to take water and soil samples researchers came across trace amounts of an unknown substance with dangerous levels of radioactivity lingering in the samples. We have classified the substance as “Mutant Scum.”

Researchers have found the substance in larger clusters of concentrations closer to nearby sewage lines. A sample of this material removed from the creek’s water and other pollutants in the area can be seen here. Studies continue on the origin of this substance and its effects on the surrounding area’s ecology.

Stay tuned for further information about these findings to be released over the course of the next few days.

The Society for Estuary Waste Education and Research, or S.E.W.E.R. for short, is an organization of scientists and volunteers focused on the study and clean up of New York’s estuaries and waterways, including Newtown Creek; one of the most polluted waterways in the country.